BENZEMA BACK IN TRAINING AHEAD OF ATLETICO CLASH

Real Madrid striker Karim Benzema has returned to training ahead of the meeting with Atletico Madrid on Saturday, according to reports in Spain. 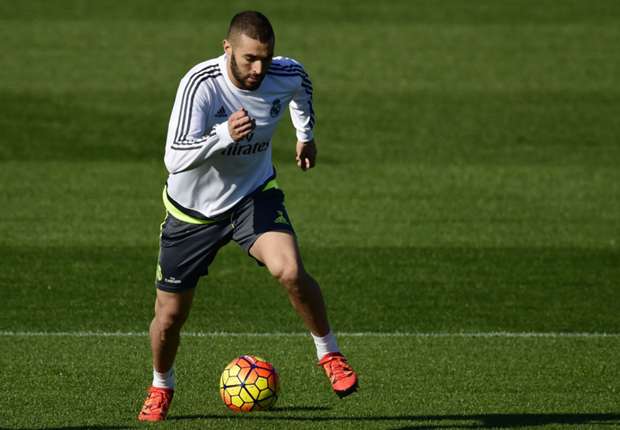 Sergio Ramos is expected to feature in the derby but fellow defender Pepe is expected to miss out.
Coach Zinedine Zidane would be happy with the news of Benzema’s return as reports filtered in that Alvaro Morata picked up a hamstring injury whilst on duty with Spain during the international break. Early reports say he could be sidelined for up to four weeks. Zidane would not be happy with such news, as the Spaniard is needed to contribute to the team.

Benzema suffered a slight muscle problem recently, but he was on ground as the team trained on Thursday. Casemiro trained alongside Pepe, away from the rest of the team, and he is not expected to feature against the 2014 La Liga champions. Casemiro broke his shinbone, and it would take a while before he resumes regular action.

“Real Madrid completed the fourth session of the week and continued their preparations for the Madrid derby, which will take place on Saturday at the Vincente Calderon. Benzema joined the group for a session in which Zidane had more international players at his disposal,” the club said in a statement.

“[Toni] Kroos and Morata continue with their recovery processes, while Casemiro and Pepe trained out on the pitch away from the rest of their teammates,” the statement added.