Karim Benzema is now joint tenth on the list ofpresent and past players with the most appearances for two-time world champions France. He moved into the top-ten appearance list as part of the starting XI for the Group A1 clash with Croatia as far as the latest UEFA Nations League season is concerned. Karim Benzema is on 97 appearances after he featured for the entire game against Croatia. He could not stop his team from suffering a 1-0 defeat to the Croatians at home. Real Madrid teammate Luka Modric scored the winning goal via a spot kick as he avenged the 2018 FIFA World Cup final defeat at the hands of the same opposition. Croatia skipper Modric was in the team that lost 4-2 to France in the final in Russia four years ago. 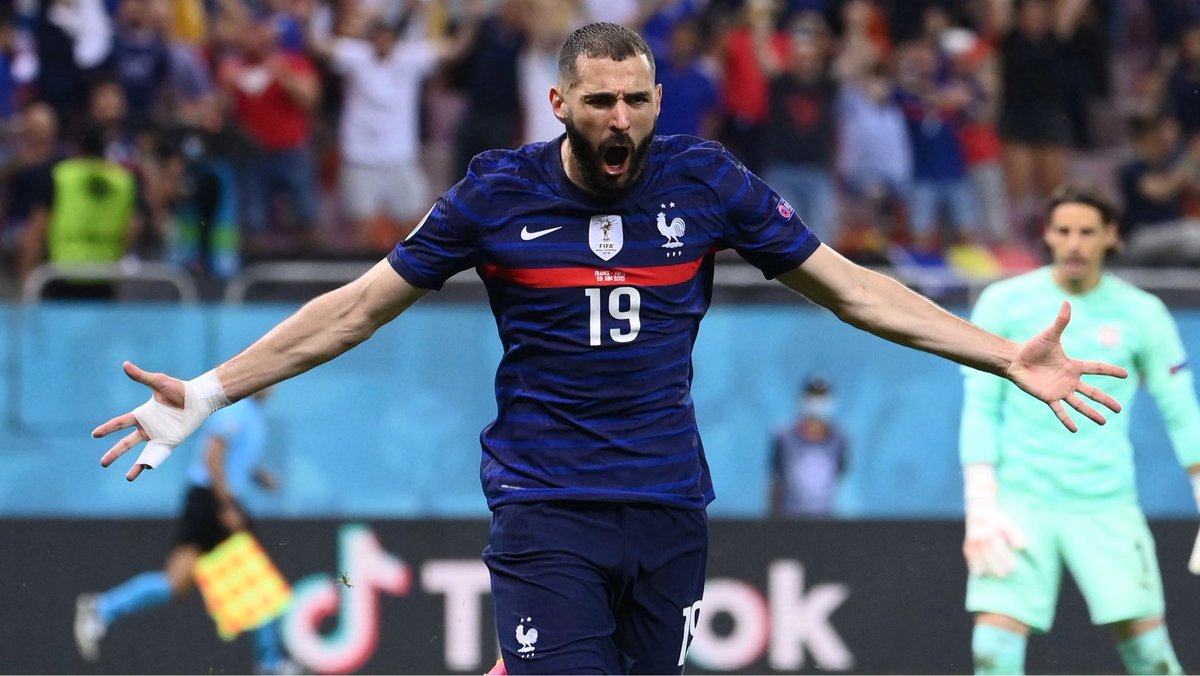 Real Madrid star Karim Benzema has a record of 37 goals in 97 games for the French senior team after the Croatia game on Monday. He has moved level with former Manchester United central defender Laurent Blanc and former Bayern Munich left-back BixenteLizarazu. Blanc scored 16 goals in 97 games before retiring from international football, while Lizarazu scored twice in 97 games before calling time on his international football career.

The record currently held by former Gunners striker Henry is notunattainable for Karim Benzema, but Michel Platini in fourth and current national team colleague Antoine Griezmann in third are nearer to him. Platini is the ex-UEFA president and he scored 41 goals in 72 games for France, while Atletico Madrid striker Griezmann has 42 goals in 108 games for France.